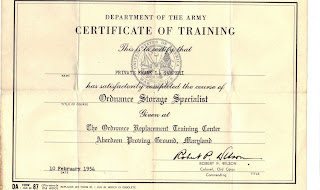 My father was in Korea in 1952 - 1954 - In his twenties. Private First Class was his rank. It was not a pleasant experience for him as he suffered a breakdown and was honorably discharged.
How many men suffered the same demise.
He received the National Defense Service Medal, for Good Conduct. He was to complete 8 years in the service. He never saw combat. Looks like he was discharged on Oct, 1955. 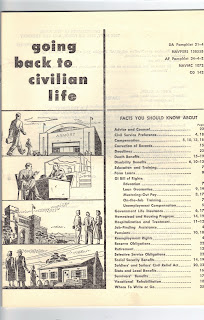 This publication is designed for the information of men and woman of the Armed Forces at the time of separation from active service as they face the problems of readjustment to civilian life. It does not have the force of law, but it explains the principal rights, benefits, and privileges to which veterans, their dependents, and their survivors may be entitled because of the veterans' service. It lists the governmental agencies that administer the benefits and directs attention to the principal private organizations that are authorized to assist veterans to avail themselves of the benefits.
﻿I recommend that every person leaving the Services read this pamphlet carefully, at the time of separation, and retain it as a valuable source of information to which reference may be made as the occasion arises.
C.E. Wilson: Secretary of Defense